Ultrasonic and Laboratory Predictors of Pregnancy Loss in Patients with Threatened Miscarriage: A Three-Year Observational Study

Objectives: The aim of this study was to assess the relation between different abnormalities of the yolk sac, serum level of Cancer Antigen 125 (CA-125) and serum level of Beta Human Chorionic Gonadotropin (β –HCG) as early predictors of first trimester pregnancy loss in patients with threatened miscarriage.

Methods: This prospective observational study was conducted on 292 pregnant women between six to 13 weeks of gestation who were suffered threatened miscarriage. Visualization of yolk sac and diameter were recorded by transvaginal ultrasound . Maternal serum CA-125 and β HCG were also measured. Pregnancy outcome was the main outcome measure. Data was collected and tabulated.

Results: There was highly Significant relation between YS size and pregnancy outcome (P<0.001). CA-125 and β-HCG were good predictors of miscarriage with accuracy 88%and 81.5% respectively.

Miscarriage is defined as pregnancy loss before 20 weeks’ gestation and remains the most common complication of early pregnancy [1]. The yolk sac appears at the fifth week of gestation and the diameter increases steadily (0.1 mm/d) until the end of the 10th week. The upper limit of a normal yolk sac diameter in pregnancies with a gestational age of 5 to 10 weeks was defined as 5.6 mm [2, 3].Typically, when the 10th or 11th week of gestation is completed; the yolk sac starts to degenerate and rapidly shrinks [4]. Cancer antigen-125 (CA-125) is derived from embryonic coelomic epithelium and was used as a predictive marker for spontaneous abortion or subsequent pregnancy outcome particularly in women with threatened miscarriage [5, 6]. Disruption of the epithelial basement membrane of the fetal membrane or of the decidua could theoretically lead to a rise in the maternal CA-125 level; this increase may be a predictor of subsequent spontaneous miscarriage [6]. Beta subunit human chorionic gonadotropin (β-HCG) is produced during pregnancy. It is made by cells that form the placenta. A low β-HCG level could indicate: miscalculation of pregnancy dating, possible miscarriage, blighted ovum or ectopic pregnancy. A high β-HCG level can indicate miscalculation of pregnancy dating, molar pregnancy or multiple pregnancy [7].

The aim of this study was to assess the relation between different abnormalities of the yolk sac, serum level of Cancer Antigen 125 (CA-125) and serum level of Beta Human Chorionic Gonadotropin (β –HCG) as early predictors of first trimester pregnancy loss in patients with threatened miscarriage.

This prospective observational study was conducted on 292 women who attended the Antenatal clinic or Emergency room at the Department of Obstetrics and Gynecology, Menoufia University Hospital during the period between the beginnings of August 2016 and August 2019. The study protocol was formally reviewed and approved by the local review board and ethics committee at Menoufia Faculty of Medicine with all patients signed the informed consent for prior to conducting the study. Patients presented with threatened miscarriage after thorough history taking, clinical examination and transvaginal ultrasound were included in the study. Patients with missed miscarriage, multiple pregnancies and with any type of medical disorders as diabetes mellitus and hypertension were excluded from the study.

All enrolled patients underwent the followings:

Serial follow up visits of patients (twice weekly) was adopted if patients declined to be admitted to hospital till the 14th week of gestation or pregnancy loss has occurred; whatever earlier.

Table 2: Distribution of the studied yolk sac group regarding β HCG, CA 125 and the pregnancy outcome. 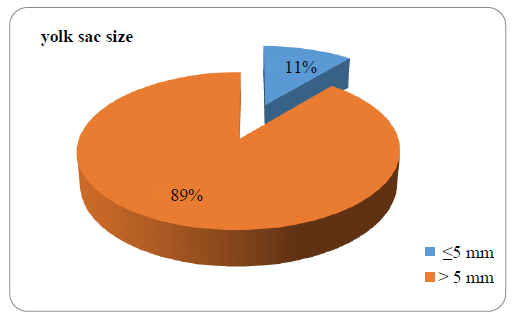 Figure 1: Distribution of the studied group regarding the size of yolk sac.

Table 3: Comparison between results of the studied outcome regarding general and obstetric characteristics.

Table 4: Validity of yolk sac size, B HCG and CA 125 regarding the outcome of pregnancy. 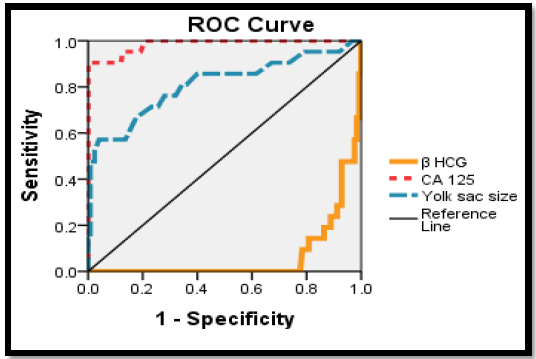 Figure 2: Roc curve for validity of yolk sac size, B HCG and CA 125 regarding the outcome of pregnancy.

More recent studies confirmed that serum β- HCG is a good predictor of miscarriage [15-17]. On the other hand, many other studies disagree with using yolk sac size [18-20] or laboratory markers either CA-125 [21] or β- HCG to be valuable for predicting pregnancy outcome in first trimester threatened miscarriage. These differences may be attributed to different patient populations, different clinical scenarios as well as different ultrasonic and laboratory testing techniques. The large cohort included and uniform protocol of follow up, constitutes the main strength of the current study. Inability to include a control group was unintended limitation of this study secondary to costly laboratory tests. Future research should explore the cost-effectiveness of combined testing for prediction of pregnancy outcome in patients with first trimester threatened miscarriage in a multicentre design.