Systemic sclerosis is an immune-mediated connective tissue disease characterized by fibrosis of the skin and internal organs. Although systemic sclerosis is uncommon, it has high morbidity and mortality and associated with various complications such as scleroderma renal crisis, pulmonary arterial hypertension and lung fibrosis. Understanding the pathogenesis of systemic sclerosis is essential to allow better management of the disease. Scleroderma renal crisis (SRC) is a serious complication and up to 50% of the patients will progress to End-Stage Renal Disease (ESRD) requiring renal replacement therapy (RRT). Peritoneal dialysis has emerged as an effective modality to treat this condition. Here, we report a unique case of a 34-year-old female who developed ESRD secondary to SRC and remained on peritoneal dialysis for five years with excellent outcomes.

Scleroderma is a rare chronic connective tissue disease that affects one to two patients per 100 000 in the United States. It involves multiple organs and characterized by immune activation, autoantibody production, fibroblast dysfunction, vasculopathy and excessive collagen deposition in the skin and internal organs [1,2]. Clinically, it is categorized into limited and diffuse subtypes according to the extent of skin involvement. Kidney disease in scleroderma, particularly scleroderma renal crisis (SRC), is associated with increased morbidity and mortality rates. It manifests with acute onset of accelerated hypertension and oliguric renal failure [1]. Despite the encouraging effects of angiotensin-converting enzyme inhibitors (ACEi) therapy in improving the prognosis and decreasing the prevalence, approximately 25% to 50% of patients with scleroderma renal crisis will develop End-Stage Renal Disease (ESRD) [2].

There is a scarcity of data regarding the prevalence of scleroderma renal crises requiring renal replacement therapy (RRT) which could be explained by the infrequency of this condition. A recent retrospective cohort study from the European Renal Association-European Dialysis and Transplant Association (ERA-EDTA) Registry observed that survival on RRT in patients with scleroderma was worse than for other causes of ESRD [2]. So far and to the best of our knowledge, there are few cases reported in the literature for patients with scleroderma related ESRD treated with peritoneal dialysis (PD). Favorable outcomes with the use of PD were documented after 15 and 18 months [3,4,5,6]. In this context, we report a 34-year-old Saudi lady with diffuse systemic sclerosis complicated by SRC and Pulmonary Hypertension (PAH) who was treated with Automated Peritoneal Dialysis (APD) over five years with stabilization of PAH and residual renal function and with no mechanical or infectious complications or hospital admissions. In our opinion, PD is a very effective therapeutic modality in patients with diffuse systemic sclerosis with SRC and pulmonary hypertension.

A 34-year-old female who was in her usual health state until the age of 15 when she developed widespread arthralgia affecting multiple joints involving bilateral knees, elbows, metacarpophalangeal and metatarsophalangeal joints. This joint involvement was not associated with any signs of inflammation or restriction in mobility. Initially, she was diagnosed with Rheumatoid Arthritis (RA) and treated accordingly. Nevertheless, her disease progressed, and the patient developed skin thickening and hardening that restricted her movement and caused severe deformities of her hands (Figure 1 & 2). Based on further serological markers, she was diagnosed with diffused cutaneous systemic sclerosis. Unfortunately, the patient lost follow up at her local hospital and presented to a different hospital at the age of 29 with a history of exertional dyspnea associated with generalized fatigue and dizziness. She also reported a history of progressive worsening of joint pain and frequent episodes of Raynaud’s phenomena. Upon examination, the patient acquired typical facial features of scleroderma including masked-face secondary to tightening of the skin, beaked nose and microstomia with puckering (Figure 3). Her hands were deformed with areas of bluish discolorations in her extremities as well as widespread skin depigmentation, giving a “salt and pepper” appearance. She was noticed to have accelerated hypertension with bi-basal course crepitation on chest examination. The patient was ill-looking, and an additional workup showed deterioration of her renal function. Therefore, she was admitted with the impression of scleroderma renal crisis (SRC) and management was initiated with angiotensin-converting enzyme inhibitors (ACEi). During hospital stay, further investigations confirmed the presence of gastroesophageal reflux disease (GERD), interstitial lung disease and pulmonary arterial hypertension. Her condition was severe enough that it rendered her unable to walk without assistance. Her renal function, unfortunately, did not recover necessitating starting renal replacement therapy (RRT). Subsequently, the patient was transferred to our center where an urgent two-cuff curled Tenckhoff PD catheter was inserted percutaneously using Al-Hwiesh technique [7]. Tidal automated peritoneal dialysis was started instantly with 10 liters Physioneal 1.36% and 15 liters Physioneal 2.27%. Each fill volume was 1.5 liter that was gradually increased to 2 liters over 7-10 days.

The patient received one gram of vancomycin intravenously prior to the procedure. After hospital discharge, she was followed-up regularly and on a monthly basis without any evidence of mechanical or infectious complications or hospital admissions. Table I represents the trend of the biochemical profile and residual renal function over the years. Table II depicts the ejection fraction and pulmonary pressure at the beginning and after five years. 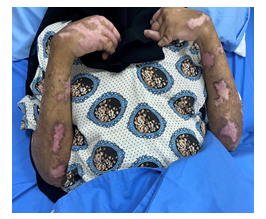 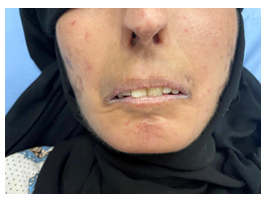 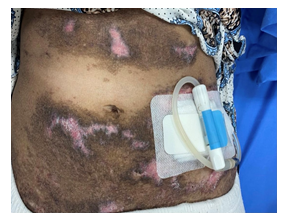 Table 1: The Trend of the Biochemical Profile and Residual Renal Function over the years.

Systemic sclerosis is a chronic multisystem disease characterized by widespread vascular dysfunction and progressive fibrosis of the skin and internal organs. The skin is the principal target, but internal organs are also affected. Systemic sclerosis is divided into three subtypes which are limited cutaneous systemic sclerosis, diffuse cutaneous systemic sclerosis and systemic sclerosis sine scleroderma, based on the extent of skin involvement [8]. Systemic sclerosis is relatively rare, with prevalence rates fall between 38 and 341 cases per million persons per year [9]. Renal involvement is common in patients with systemic sclerosis and consists of a spectrum of complications that includes scleroderma renal crisis (SRC), normotensive renal crisis, antineutrophil cytoplasmic antibodies-associated glomerulonephritis, penacillamine-associated renal disease, and reduced renal functional reserves manifested by proteinuria, microalbuminuria, or isolated reduction in glomerular filtration rate [1]. SRC is the most severe sequel which occurs in a minority of patients. SRC is characterized by abrupt onset of moderate to severe hypertension and acute kidney injury (AKI) [1]. Risk factors for renal progression include diffuse cutaneous systemic sclerosis, use of moderate-to high-doses of glucocorticoids and the presence of anti-RNA polymerase III antibodies [10]. Approximately 25 to 50 percent of patients with scleroderma renal crisis will eventually develop ESRD requiring dialysis [2], and the survival rate at 1 and 5 years is 70% and 50% respectively [11]. The five-year survival on hemodialysis is only 20% [12]. Peritoneal Dialysis (PD) is simple, rapid, effective and mimics normal physiology with no hemodynamic disturbances and no requirement for arteriovenous (AV) access that can augment PAH. Therefore, PD may be deemed to be the modality of choice for ESRD due to scleroderma renal crisis. However, other modalities such as hemodialysis and kidney transplantation may be considered as well. In patients with systemic sclerosis, hemodialysis may be associated with vascular access complications and intravascular instability in the early stages of SRC [3,4,13]. On the other hand, renal transplantation is another option, but careful consideration is required regarding the timing of the transplant as renal recovery can occur up to two years following SRC. Although, in general, renal transplantation offers superior survival in SRC patients, graft survival is reduced compared to the general renal transplant population. Possible causes may be attributed to the recurrence of scleroderma or increased risk of SRC secondary to calcineurin inhibitors induced vasoconstriction [13]. Few case reports have evaluated the effectiveness of peritoneal dialysis in prolonging the survival of patients with systemic sclerosis as well as maintaining a reasonable quality of life in such patients. Robson and Oreopoulos studied two scleroderma patients treated with intermittent peritoneal dialysis and found satisfactory control of uremia for up to 10 months [5]. Winfield et al., reported the successful use of continuous ambulatory peritoneal dialysis (CAPD) in two patients followed for 6 and 18 months both of which blood pressure was controlled [6]. Both Copley and Smith and Khaira et al. demonstrated similar satisfactory results in their patients treated with CAPD for 18 and 15 months respectively [3,4]. Our case, on the other hand, illustrates a case of a scleroderma patient who remains on APD for five years with successful control of blood pressure. She is currently off her antihypertensive medications and was kept on spironolactone as an antifibrotic agent with no progression of her devastating disease and reasonable improvement in her quality of life with no single episode of exit-site infection, peritonitis, or hospital admission.

About 50 % with ESRD develop pulmonary hypertension (PAH), and its presence in dialysis patients carries a poor prognosis [14]. The prevalence of PAH in systemic sclerosis is 10-15%, and it is a progressive disease with high morbidity and mortality [15]. The two-year-survival rate is about 60% [16].

The mechanism of PAH in ESRD is multifactorial, including fluid overload with pulmonary vascular remodeling, diastolic dysfunction, increased cardiac output due to an arterio-venous fistula (AVF) or chronic anemia, and chronic inflammation particularly (tumor necrosis factors alpha, endothelial-1, atrial natriuretic peptide (ANP), brain natriuretic peptide (BNP) and interleukin-1). These factors have been shown to induce pulmonary angiogenesis, fibroblast proliferation and apoptosis of cardiac myocytes [17,18]. Moreover, there is mounting evidence indicating that PD has the ability to remove small and middle-size molecules [19,20]. Thus, the removal of these small and middle-weight cytokines by PD is probably another important factor in delaying the progression of PAH in our patient even though she was on APD only three times per week. In addition, PD, more or less, is considered as a normal physiological process with no hemodynamic disturbances and no (AV) access that can augment PAH in dialysis patients, which could explain the stabilization of PAH in our patient over the five years.

The authors are pleased to express their great gratitude and appreciation to the peritoneal dialysis nurses at King Fahad University Hospital in Al Khobar for their valuable support during the patient’s course of therapy and follow up.

The authors declared no potential conflicts of interest with respect to the research, authorship, and/or publication of this article.

Ethical approval was obtained from Imam Abdulrahman bin Faisal University Review Board of Medical Center, and written consent was taken from the patient.

The authors received no financial support for the research, authorship, and/or publication of this article.