Management of Endo-perio lesions have always been a dilemma to the dental clinician. In such conditions, apicetomy is usually the treatment of choice when conventional endodontic treatment fails. In the present case scenario, a 42 year old male patient reported with pain and pus exudate in upper left anterior region of the jaw since three months who had a history of trauma and RCT in relation to 23 and 24 five months back. The medical history of the patient revealed that he was a chronic hepatitis patient who had undergone treatment for the same a year ago. A physician was consulted and an interdisciplinary approach was planned. Apicetomy was performed under strict aseptic condition and the osseous defect was treated with Novabone putty, collagen membrane and PRF coagulum. One year follow up revealed, defect fill gain in clinical attachment, improved gingival biotype and increased width of attached gingiva. Hence, it can be said that the synergistic effect of various regenerative materials along with periapical root sealing brings about clinical and radiographic improvement in endo-perio lesions present in chronic hepatitis patients.

The endodontic and periodontal tissues share an embryological, biological and functional concordance. The relationship between periodontal and pulpal disease was first described by Simring and Goldberg in 1964 [1]. Both the tissues are ectomesenchymal in origin and this embryologic association serves as a conduit for anatomical intercommunications between the pulp and periodontium. Hence, inflammatory components in the pulp may lead to widespread destruction of the periodontium and periodontal breakdown may cause pulpitis [1]. These lesions have always presented themselves as perplex situations for the dental clinician.When periodontal pockets are associated with an endodontically compromised teeth, the clinical situation complicates the outcome of the conventional endodontic therapy. Periodontal surgical intervention is indicated, when the ultimate goal of therapy is to eliminate the periapical lesion and allow soft and hard tissue regeneration [3].

According to various studies, paraendodontic surgeries give a success rate of 91.6%, while failure rate is shown to be 4.7% [4]. However, its prognosis can be influenced by several factors such as the presence of systemic conditions such as diabetes, hypertension, chronic bacterial and viral infections like HIV, Chronic hepatitis etc. Among various infectious ailments, chronic viral hepatitis is distinct, as the virus harbours in hepatocytes, leading to necroinflammatory liver disease. This causes altered immunoinflammatory status and impaired wound healing. Quite often, hepatitis results in depressed plasma levels of coagulation factors that need a careful evaluation of hemostasis prior to treatment [5].

A 42 year-old male patient reported to the Department of Periodontology, Bapuji Dental College and Hospital witha chief complaint of pain and pus discharge through gums of the left upper anterior teeth. Patient gave a history of trauma to the upper anterior teeth 1 year back. He had visited a private dental clinic 5 months back for pain and swelling and had undergone root canal treatment for the same. Medical history revealed that he had undergone treatment for hepatitis B one year back and was currently not on any medication.

Intra oral examination revealed that the patient’s oral hygiene maintenance was good (OHIS score-0.4 ). Gingiva in relation to 23 and 24 was erythematous and edematous. There was purulent discharge from the sulcular area, grade 1 mobility, probing depth of 8- 10 mm and vertical tenderness on percussion was present with respect to 23 and 24. Gingival recession of 2 mm was present in relation to 23 and gingival margin was there at the level of Cementoenamel junction (CEJ) in relation to 24. IOPA revealed interdental bone loss till apical one third & existence of residual periapical radiolucency in relation to the RCT treated teeth. The case was diagnosed as primary endodontic lesion with secondary periodontic involvement. Hence it was decided to manage the case with an interdisciplinary approach in association with a physician, an endodontist and a periodontist.Treatment protocol was explained and a written consent was obtained from the patient.Due to his medical history, routine blood investigations were advised and presence of HBsAg was detected. The patient was confirmed to be in an inactive carrier state of Hepatitis after evaluating results of Serum HBV DNA (Hepatitis B Virus Deoxy ribonucleic acid) test, ALT/AST (Alanine transaminase/ Aspartate transaminase) levels and Liver biopsy test. Other investigations including Complete Blood Count, Partial Thromboplastin Time (PTT), International Normalized Ratios, bleeding time, liver function tests, platelet count etc were found to be within normal range. Following physician’s consent, non surgical periodontal treatment was initiated and surgical treatment was scheduled after 3 weeks.

After administration of local anesthesia(2 % Lidocaine 1: 80,000 adrenaline), a full thickness mucoperiosteal flap was raised by extending vertical incisions from mesial aspect of 23 to mesial aspect of 25 using #15 Bard Parker (B.P) blade and periosteal elevator. Apical curettage was performed. 3.0 mm of the root apex was surgically resected in relation to 23 and 24 using a surgical bur. Ultrasonic tips were used to make a3.0-mm deep retro preparation. After hemostasis was achieved, retropreparation was disinfected and dried. The retrogradefilling was done with Mineral Trioxide Aggregate (MTA fillapex, Dentsply, Germany). Bone Putty (Novabone, UK) was then placed to fill the bony defects. This was succeeded by the placement of collagen and A-PRF membrane on the surgical site. The flap was then repositioned and secured with interrupted sutures by using 4-0 black braided silk (Figure 1).

One year post-operative IOPAR, showed increased radiopacity in perapical and interdental area (Figure 1, 7a & 7b). There was also an improvement in the gingival biotype, clinical attachment level and width of attached gingiva (Figure 2, Table 2). 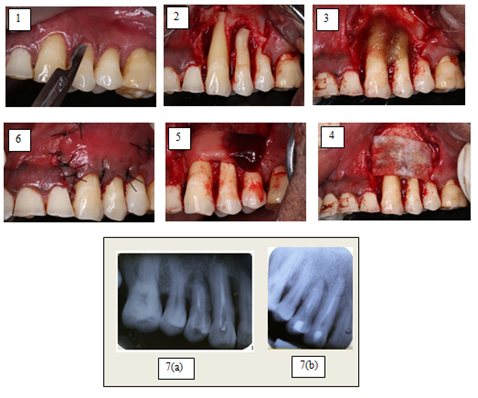 Table 2: Clinical parameters for assessing improvements in the affected teeth

There are many implications for a patient suffering from a liver disorder, when they have to undergo a dental treatment procedure. Thorough medical and dental histories are essential before proceeding with treatment of any sort. It is prudent to discuss the details of the disease with a treating physician, in order to provide the patient with a dental treatment plan that is safe and appropriate for them [5]. The given patient was confirmed to be in an inactive HBsAg carrier state as determined by the following:

Novabone has a property of releasing Ca, P and Si ions which stimulates osteoblasts.As ion release progresses, nova bone is transformed into an increasingly porous scaffold with increased surface area, that boosts the natural healing process [7].

PRF, a second generation platelet concentrate releases platelet cytokines and growth factors which particularly favours cell migration and serves as a matrix to accelerate wound healing [9]. Therefore the placement of collagen membrane followed by the use of PRF has been propagated. As the PRF membrane degenerates within 7 to 11 days with release of incorporated growth factors. Since guided periodontal regeneration warrants at least a period of 4 to 6 weeks of epithelial cell exclusion hence use of PRF alone as a barrier membrane may be insufficient [10]. Thus the combination of both the collagen and PRF membrane form an ideal barrier membrane in regenerative therapy.

This case report depicts an encouraging milieu in which an interdisciplinary approach with the teamwork of an endodontist, periodontist and physician has brought about both clinical and radiographic improvement in endo-perio lesions present in chronic hepatitis patients.