Context: Mechanical ventilation can be traumatic despite administration of sedatives. Sedation can mask uncontrolled pain for intubated patients and prevent them from communicating it. An optimal scoring system for sedation and analgesia can facilitate comparisons.

Settings and Design: This Prospective observational study was conducted in a tertiary care hospital. Sixty five patients fulfilling the inclusion criteria were included.

Methods and Material: COMFORT scoring was performed by the nursing staff in Paediatric Intensive Care Unit (PICU) on all ventilated patients three times each day. The primary investigator performed the scoring at the same time, but independent of the staff, to enable comparison.

Results: Our study showed significant difference in assessment of COMFORT score by the investigator and nursing staff. Of our patients, 44.6% were over sedated and 55.4% were optimally sedated. None were under sedated. No correlation was noted between the duration of intubation, age, gender, indication of intubation and type of cases with COMFORT score. However, significant association was found between COMFORT score and outcome of the patient, with lower scores for those who died in comparison to survivors.

Pain in paediatric intensive care unit (PICU) can be the result of various processes. The use of a sedation assessment tool is necessary to facilitate consistent communication and optimal therapy. In PICU, the most commonly used sedation assessment tools validated for use in mechanically ventilated children are the State Behavioural Scale (SBS) and the COMFORT Scale [1]. Sedation practices in critically ill patients are known to effect the duration of mechanical ventilation and  hospitalization. Understanding the complex interplay between sedation, analgesia, and sleep is imperative .If these issues are left unaddressed, they undermine part of our fundamental humanity and role as physicians [2].

This is a prospective Observational study, conducted in a tertiary care hospital over a period of 18 months from August 2017 to February 2019. Study population comprised of  65 patients between the ages of one month and sixteen years admitted to PICU, mechanically ventilated for more than twenty four hours and not meeting the exclusion criteria (patients receiving neuromuscular blockers and those with neuromuscular disease, cognitive or neurological impairment). COMFORT score is a comprehensive tool for pain assessment of paediatric mechanically ventilated patients. It comprises of 8 parameters  namely alertness, calmness, agitation, respiratory response, physical movement, blood pressure, heart rate, muscle tone and facial tension. Each parameter is graded on a scale of one to five. Lowest score being eight and highest being 40. A score of 27-40 is considered under sedation while optimal and deep sedation yields a score of seventeen to twenty six and eight to sixteen respectively.

COMFORT scoring is performed by the nursing staff in PICU on all ventilated patients, but was recorded at Artemis Hospital three times a day, during each nursing shift change (0800, 1400, and 2000). Charts of the eligible patients were used as a documentation of score. The principal investigator, doctor in this case  performed the scoring at the same time as that of the nursing staff, but independent of them, to enable comparison with the former. A checklist was filled out for every patient. The parents/guardians of the children who would participate were explained before the evaluation and the Free and Informed Consent Term (FICT) was delivered to be signed by children's legal representatives, in case they agreed with their participation. It is ensured that no painful procedure is performed on the patient, including endotracheal suctioning, nasal or oral suctioning, intravenous cannulation, phlebotomy in the half hour preceding the observation. All interventions based on the reading were done after documentation of the COMFORT score and are not a part of the study. Patients re-intubated 24 hours after extubation were considered as a separate observation and those re-intubated within 24 hours were considered in the same observation. Patients who underwent tracheostomy were excluded from the study from that point onwards. Patients who “Left against Medical Advise” and those whose outcome could not be tracked, have been categorised as “other” in the outcome section. All patients receiving neuromuscular blocker during the course of treatment were excluded from the study period during and 24 hours after the discontinuation of the drug.

Continuous variables are presented as mean ± SD while categorical variables are expressed as frequencies and percentages. Categorical data between the groups are compared using Chi-squared test or Fisher’s exact test as appropriate. The comparison of normally distributed continuous variables between the groups was performed using Student’s t test and ANOVA applied for more than two groups/categories comparison. For all statistical tests, a p value less than 0.05 has been taken to indicate a significant difference/association.

In our study it was observed that 72.3% of our patients were between the ages of one month to four years, 18.5% between four to ten years and 9.2% between ten to sixteen years. Females comprised of 23% of the cohort while the remaining 77% were males with a ratio of 1:3.34. Of the enrolled candidates 66.2% were of Indian original and the rest non-Indian, predominantly African and Middle East Asian in origin. The median of duration of intubation and mechanical ventilation was 70 hours with an interquartile range of 40 to 105.5 hours. Table 1 illustrates the distribution of cohort based on their primary diagnosis. Most common reason for intubation of our patients was respiratory aetiology with 36.8%, followed by 26.2% for neurological reasons and 18.5% each for cardiothoracovascular surgery (CTVS) and electively for surgery. An average of 10 ± 7.56 readings were taken for each patient with a range of two to forty five. Various combination of drugs were used for sedation and analgesia, with the most common being midazolam-morphine in 41.5% in our patients. Other combinations included midazolam-fentanyl in 32.3%, midazolam alone in 13.7%, morphine alone in 1.5% and fentanyl alone in six percent. Five percent of our patients were not given any sedative or analgesic. Additional drugs (propofol and dexmeditomedine) were given along with either of the above combination in 4.6% of patients. Case distribution of our cohort comprised of 75.4% being non- surgical cases, 18.4% CTVS cases and the rest 6.2% being surgical cases. While evaluating the outcomes of our patients, it was noted that 81.6% improved, as described by successful extubation and discharge, 13.8% died and 4.6% had other outcomes.

Comparing the COMFORT score performed by the nursing staff and the primary investigator, the spearman correlation coefficient was noted to be 0.167 with the reliability coefficient (Cronbach's Alpha) of 0.258 suggesting significant difference in assessment of the score between the two as demonstrated in Figure 1. Analysing the level of sedation, 44.6% of our patients were deeply sedated, while 55.4% were optimally sedated as witnessed by a COMFORT score of eight to sixteen and seventeen to twenty six respectively. None of our patients were under sedated. No statistically significant correlation has been found between COMFORT score and duration of intubation and mechanical ventilation (p=0.642), COMFORT score among various age groups (p=0.132) and either gender (p=0.77). Average scores of males and females were 17 and 16.8 respectively. Lower pain scores were noticed for those intubated for cardiovascular reasons in comparison with the rest (15.8 versus 17). No statistically significant correlation was found between COMFORT scores for various types of cases (p=0.155).Average COMFORT scores of 17.6, 15.8 and 17.2 were noted for surgical, CTVS and non-surgical patients respectively.

Table 1: Distribution of Patients Based On Primary Diagnosis. 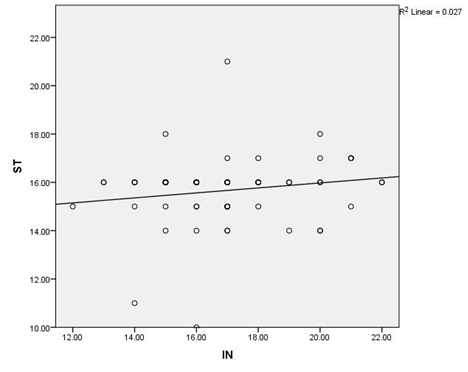 Stress, in addition to pain and discomfort is a well-recognised negative factor influencing the speed of recovery in children. Repeated or long-term exposure to pain has negative consequences for children. Mechanical ventilation results in significant pain and stress that must be well controlled to avoid negative consequences. The most commonly used sedation regimen for intubated children in our study was a combination of opioid and benzodiazepine (73.8%), followed by individual drugs and only 4.6% were managed without any drug. In a study by Boerlage et al., predominant drug used was benzodiazepine (51%), followed by opioid alone and then a combination of opioid-benzodiazepine. In a study done at John Hopkins’ Hospital most intensivists chose fentanyl as their first-line opioid (66%) and midazolam as their first-line benzodiazepine (86%), and prefer to administer these medications as continuous infusions. Propofol and dexmeditomedine were the most commonly restricted medications in PICUs internationally and in our study [3].

The observed difference can be attributed to the fact that not much emphasis is being given to pain as a vital parameter  by the nursing staff and also lack of proper training in using the this score. The independent observer, on the other hand was entrusted with the sole purpose of performing this score, with adequate information about the need for pain assessment and its implication .Secondly, she is a single observer well versed with the application of the score without any inter-observer variation to be accounted for.

In contrast to our study, Jinbing bai et al. an inverse relation was noticed between COMFORT-B score and age, with higher score for smaller age group [7]. Manal et al. in study on adult patients also found significant correlation of behavioural score with age [8]. Comparing our results of the level of sedation to a study by Vet NJ et al., similar trend was noted for optimal sedation (55.4% v/s 57.6 %), whereas difference was noted for under sedation(0% v/s 10.6%), and over sedation was noted in (44.6% v/s 31.8 %) [9].

There were few limitations in our study. Firstly, the staff COMFORT score performed by the different nursing staffs during their shifts. Inter rate correlation and the experience of the staff in pain assessment and application of the score has not been taken into consideration. Secondly, we have used COMFORT score instead of the more valid COMFORT-Behavioural score which eliminates the physiological parameters of heart rate and blood pressure, which was to be altered by various other parameters apart from pain, mainly inotrope infusion, commonly used in ventilated patients.

A previous pain prevalence study published a decade ago indicated that nurses and physicians identified variability in practice  and this served as a barrier to good pain management [10]. Facilitators for the effective management of pain include parental participation in care, trusting and respectful relationships between nurses and children, and adequate nurse-patient ratios [11].  Although the sample size of the current study was small, it served the purpose to guide the future application of sedation and analgesia in mechanically ventilated paediatric patients. Number of studies on pain assessment and its implication are fewer in paediatric patients as compared to adults and more study on the same is the need of the hour.