Background: Acute and chronic shoulder symptoms can be due to calcifications but also to other lesions well detected by Ultrasound (US).

Objective: The present study’s objectives were to determine whether, some demographic, clinical and ultrasound features were associated with the presence or absence of calcifications in symptomatic shoulders patients.

Methods: As part of this retrospective, transversal, case-control study of 490 patients, the 125 patients with calcifications were compared to 125 patients without calcification randomly extracted from the cohort. Subgroups were defined according to types and durations of symptoms. The frequency and types of associated lesions in the two groups, as well as the different US appearances of the calcifications were compared according to their different clinical presentations.

Results: Calcific tendinitis was present in 26% of patients. Demographic characteristics or clinical manifestations, significantly associated with calcifications were: being a woman (p = 0.002), a shorter delay between symptoms and diagnosis (p = 0.007 and have acute symptoms. The presence of calcifications was associated with the absence of associated (42% vs. 6%, p = 0.0001) or less severe associated US lesions, particularly total rotator cuff rupture (5% vs. 18%, p = 0.001). Soft and cystic calcifications without shadowing were found more frequently in patients with hyperalgesic shoulders (p = 0.005) compared to chronic shoulders.

Conclusions: Only few demographic and clinical features were significantly more frequent in the presence of calcifications. US revealed fewer additional lesions when calcifications were present and, some US aspects of the calcification suggested the type of symptoms.

Shoulder pain is a common reason for medical consultation and is most commonly linked to lesions of the rotator cuff. Rotator cuff calcification-mainly due to basic crystal deposition-is also a common finding and can give rise to chronic pain as well as acute inflammatory episodes [1]. The estimated prevalence of calcium deposits in shoulders is around 3% [2]. However, only one third of the affected shoulders seem to cause some degree of pain or discomfort at one time or another [3]. Factors associated with the development of symptoms in the presence of calcifications are still unclear, although the presence and extent of bursitis on imaging have both been shown to be associated with pain [4, 5]. Until recently, little was known about the impact of other associated rotator cuff lesions on the development of symptoms similar to those induced by calcifications themselves [6-9].

The diagnosis of periarticular shoulder calcifications relies on imaging techniques-mostly X-rays and ultrasound (US) [10, 11]. Both methods can distinguish different visual appearances of calcifications with some correlation to clinical symptoms [12, 13]. US have the advantage of also being a very effective tool for detecting any associated lesions that might also be responsible for symptoms [12]. The present study’s objective was to determine whether some clinical characteristics or US images could discriminate patients with symptomatic shoulders in the presence or absence of calcification. We particularly wanted to analyze whether any of the associated lesions visible via US were found more or less frequently when calcifications were present and whether the visual appearance of those calcifications was associated with any particular clinical manifestations.

This retrospective study included 490 patients with a painful shoulder referred to a rheumatologist working at a secondary care center between 1997 and 2010. Clinical data were extracted from medical reports subsequently addressed to patients’ referring general practitioners. Four clinical categories were defined according to the duration and types of symptoms (inflammatory versus mechanical pain and the presence or absence of limitations to shoulder movement) [14, 15].

A: Acute shoulder pain for ≤ 12 weeks. B: Subacute shoulder pain, mostly inflammatory (at night and at rest), for > 12 weeks but < 1 year. C: Chronic shoulder pain, mostly mechanical pain, for > 1 year. D: Hyperalgesic shoulder pain, inflammatory (at night and at rest), with impaired mobility, and a short duration of ≤ 12 weeks—.representing a subgroup of acute shoulder pain and the classic clinical presentation of an acute flare-up induced by calcification dissolution. The same rheumatologist performed all the US examinations according to a standardized protocol, using an Esaote Mylab 25 ultrasound device. The Doppler mode of this machine was at that time quite fair, that’s why mostly B mode images were recorded as described in detail in the case report sheets. The appearance of calcifications in US images was defined according to the Chiou [16] classification for hydroxyapatite calcification, to which we added one further category: linear calcification located inside the tendon, which might suggest the presence of other crystals, such as calcium pyrophosphate deposition.

The following lesions diagnosable via US were retained: (A) Acute tendinitis : defibrillation, hypo-echogenicity, increase thickness or tenosynovitis : fluid + long head tendon of biceps modifications ; (B) Chronic tendinitis: scars, traction cysts ; (C) Bursitis; fluid in the bursa; (D) Partial rupture of one or more tendons: loss of convex aspect of the tendon (“mépalt”) or non-tranfixiant rupture; (E) Complete rupture : transfixiant or complete retraction of ruptured tendon (“coiffe chauve”) of one or more tendons; (F) Capsulitis: clinical multi-direction limitations without US lesions ; (G) Synovitis/effusion in the shoulder joint; (H) Acromial conditions : acute pain on pression on the joint with or without US lesion ; (I) Other (osteoarthritis, joint erosions, traumatic lesions, etc.) [14, 17, 18].

For the case-control part, detailed clinical and US data concerning the 125 patients in the cohort who had calcification were compared to 125 patients without calcification randomly extracted from the remainder of the same cohort (125/365 patients, see Figure 1). Both groups were compared with descriptive statistics. T-test, Mann-Whitney test and Chi-squared test were performed as appropriate. We did not correct for multiple comparisons. P < 0.05 was considered significant. The variables that were significantly related to the presence of calcification were investigated using logistic regression. Results are presented as odds ratios and 95% confidence intervals. Statistical analysis was performed with STATA 16 software. The study was approved by the Human Research Ethics Committee of the Canton of Vaud (CER-VD 2018-01302).

Around a quarter of the patients (125/490) with shoulder symptoms had one or several calcifications. Their demographic and clinical characteristics were compared with those of the 125 patients without calcification, randomly extracted from the remainder of the cohort, and are summarized in Table 1. The locations of these calcifications were the following: supraspinatus tendon: 101, infra-scapularis tendon: 12, infra-spinatus tendon:4 ,bursa: 2 acromioclavicular joint:2 , others: 5.

Clinical presentations were similar in both groups, although the distribution of patients within the different clinical categories was significantly different (p = 0.007). More subjects were found in the acute diagnosis groups than in the chronic shoulder pain groups when calcification was present. The mean duration of symptoms, from their appearance to their clinical and US evaluations, was also significantly shorter when calcifications (p = 0.001) were present. The demographically and clinically associated factors were quite homogeneous among the different clinically defined categories (see Supplementary Table 1). We observed however that patients in the hyperalgesic group were almost always under 60 years old at diagnosis (see Supplementary Figure 1).

Table 1: Comparison of clinical data between patients with and without calcification.

Table 2: Comparison of lesions visible via US in patients with and without calcification.

When analyzing the US imaging results according to the different predefined clinical categories, no additional differences between the two groups were observed. In patients presenting with hyperalgesic shoulder pain, calcification was even less frequently associated with other lesions visible via US than in patients without calcification (8/16 vs. 8/9, p = 0.05). Rotator cuff rupture was also significantly less frequent in all the clinical categories when calcification was present and did not occur significantly more frequently among patients with chronic shoulder pain (1/18) (see Supplementary Table 2).

When looking at associations between the visual shape of calcification in US images (Figure 1) and clinical symptoms, a significantly higher proportion of soft and cystic calcifications without shadowing was found in patients with hyperalgesic shoulder pain (p = 0.005) compared to chronic shoulder pain (See details in Table: 3).

Table 3: Comparison of calcification characteristics visible via US between hyperalgesic and chronic shoulder pain groups.

The present study confirmed that calcific tendinitis represents around 25% of the lesions visible via US in patients with symptomatic shoulder pains examined during routine daily rheumatology practice [19]. Calcifications were also found when acute as well as chronic symptoms were the reason for referral to the rheumatologist [19, 20]. No demographic factors other than being a woman were clearly associated with the presence of calcification. Acute flare-ups linked to calcification were rare after 60 years old, supporting previous data in the literature showing that acute inflammatory flare-ups related to calcification occurred mostly in young and middle-aged women [6].

More acute symptoms and a shorter delay between symptoms and diagnosis were the only clinical manifestations in our cohort significantly associated with calcifications, confirming that it remains difficult to detect patients with shoulder calcifications based on clinical manifestations alone [21]. Imaging, particularly US imaging, remains necessary for diagnosis. The pathophysiology of calcification is still not well understood, and the relationship between calcifications and other shoulder lesions remains unclear [22]. Among our patients with calcifications, almost half had no other lesions visible in US imaging and all other lesion types were less frequently prevalent. These results support previous data in the literature suggesting that the formation of calcifications is an independent process, mostly due to disorders in the metabolism of the tendon [22] leading to basic crystal phosphate formation and deposit.

The relation between calcific tendinitis and cuff ruptures is also not sell settled. They can have very similar clinical features at presentation and can be seen together in the same patient [3]. Whether or not either might play a role in the etiopathogenesis of the other remains unclear. Two recent, non-surgical, case-control studies of patients with shoulder pain used MRI to look at the frequency of cuff rupture in patients with and without calcific tendinitis and at the relationship between these lesions [7, 23]. Both studies showed fewer complete rotator cuff ruptures in the calcific groups. Moreover, those ruptures were rarely located at the site of the tendons (3% and 4% of cases, respectively). Our study confirmed these observations, with US images showing significantly fewer rotator cuff ruptures in the group with calcification. Our results also suggest that calcific tendinitis does not precede and lead to rotator cuff rupture since we did not find a significantly higher proportion of such ruptures in patients with chronic shoulder pain [24]. Our study design was transversal, however (at rheumatological consultation), and, to the best of our knowledge, no prospective, longitudinal studies have evaluated the long-term clinical and radiographic evolution of calcific tendinitis [25] in non-surgical cohorts. Some post-treatment studies—notably using US-guided percutaneous needling—have nevertheless shown that in most cases, the clinical evolution was favorable after up to ten years of follow-up [8].

As in previous studies, some of the shapes of calcification imaged via US suggested the type of symptoms induced by that calcification [20, 26]. Nodular, soft, homogeneous calcifications without shadowing and heterogeneous cystic calcifications were essentially associated with acute inflammatory symptoms, suggesting that the calcification was already in the process of dissolution. Our study had some limitations. As mentioned above, the study was retrospective and transversal, not longitudinal. Some data were missing, particularly in the descriptions of the lesions imaged via US, some clinical categories only contained a limited number of patients, and we did not analyze either group’s comorbidities in detail, although no specific comorbidities were found in the group with calcification. Finally, the fact that the same rheumatologist, aware of the clinical presentations, performed all the US examinations, might have influenced the US findings. 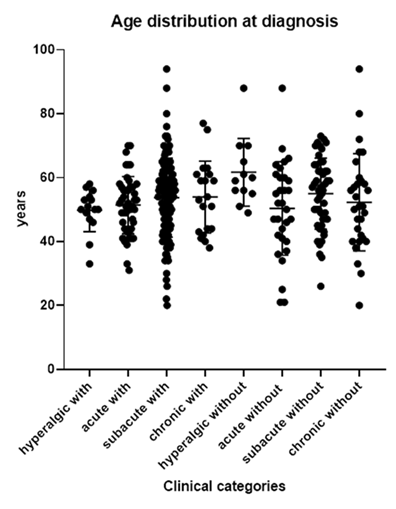 Table 2: Comparison of lesions visible via US by diagnosis category and calcification status.