Background and objective: Cervical cancer is a major public health burden, in Algeria; it represents the second most common cancer in women. The main factor leading to invasive cervical cancer is the lack of Pap smear practice. The aim of the present study is to evaluate the cervical cancer screening activities by cervical smears in the northwestern region of Algeria.

Methods: a retrospective study was performed from 2015 to 2017 in the Wilaya of Sidi-Bel-Abbès, the northwest region of Algeria. A total of 266 cervicovaginal smears were collected during the study period.

Conclusion: Cervical cancer occupies the second position of female cancers in Algeria. Its screening reaches a limited rate of target female population, at a late age, result confirmed by the present retrospective study.

Cervical cancer remains a public health problem in developing countries. According to the latest data of GLOBOCAN 2018, the cervical cancer is the fourth leading cause of cancer and death from all cancers in women worldwide [1]. Furthermore, the International Agency for Research on Cancer (IARC), estimated the global incidence of cervical cancer at 570,000 new cases per year in 2018, more than 80% of which occur in developing countries [1]. In Algeria cervical cancer is the second most common cancer among women [2], with an estimated incidence of 15.1 per 100,000 women per year, and therefore represents a serious public health problem in Algeria [3]. For this reason, the Ministry of Health and Population in Algeria have set up a national screening program for this cancer since 2001. Cervical cancer affects women with sexual activity and occurs most often in multiparous women between 40 and 50 years of age [4]. This cancer depends on several factors: the human papillomavirus, the earliness of the first sexual intercourse, the multiplicity of sexual partners, the parity, the oral contraception use, tobacco and the inadequacy of gynecological surveillance of women [5]. This female health problem is characterised by a slow progression and the existence of numerous curable lesions before the invasive stage, the treatment of which in principle makes the development of cancer impossible [6]. To do so, they must be detected early using a screening test, which is the Papanicolaou test (Pap) also known as cervical smears or smear test [7].

The Pap test has the advantage of being inexpensive and simple to carry out [8]. It should be offered systematically to all women who have had sexual activity. It should be started early in sexually active women before the age of 25. After three negative smears a year apart, the recommended rate is one smear every three years [9]. The aim of this work is to evaluate the activities of cervical cancer screening activities by cervical smears in the "Wilaya of Sidi-Bel-Abbès", northwestern Algeria. The study was carried out during a period of three years (from 2015 to 2017).

This is a retrospective study performed over a period of three years (from 2015 to 2017) concerning two hundred and sixty six cervical smears carried out at the level of the Public Hospital Establishment (PHE) "DAHMANI Slimane" located in the Wilaya of Sidi-Bel-Abbès, the northwest region of Algeria. The source of information is based on quarterly evaluation reports of cervical cancer screening activities. Data analysis were processed and performed manually using the Statistical Package for Social Sciences® (SPSS, version 24.0) and the Microsoft Excel 2013 program. 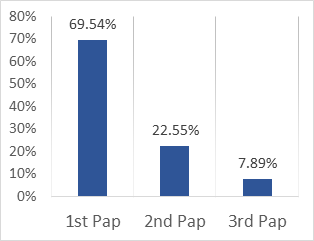 Figure 1: Distribution of all smears test made during the study period. 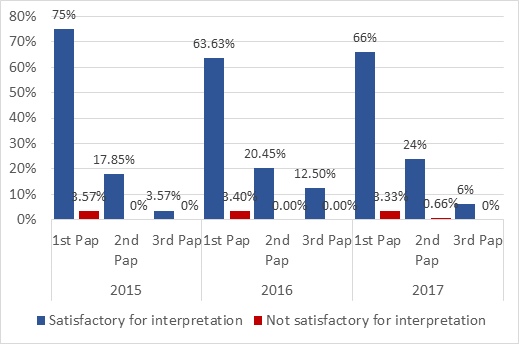 Table 2: Smears test results for the three years of the study.

Table 3: Recommendations based on the smear test results.

Early detection of cervical cancer is a prevention strategy that has proven effective in the fight against this disease [10]. In most countries, it is based on making a cervical smear [11]. In Algeria, the screening of cervical cancer by cervical smear (Pap test) is available in public health facilities since 2001. The screening practice was individual, left to the initiative of the doctor or the patients. However, a majority of women think that their behaviour regarding the practice of Pap smear test depends on those of health professionals. The absence of recommendations from the latter implies the non-practice of cervical smear. This dependence vis-à-vis health professional is still observed developing courtiers’ societies [4]. The present work was conducted to evaluate the activities of malignant cervical lesions screening by cervical smears in the "Wilaya of Sidi-Bel-Abbès", northwestern Algeria. In our study, very low rates of women undergo this test regularly. However, it has been shown that the incidence of cervical cancer can decrease by more than 90% if all women aged 25 to 65 receive a cervical smear every three years [12]. In our series, the age groups (35-39), (40-44) and (45-49) years represent the most successful groups. This agrees with the results of Boublenza et al. West of Algeria and El Gnaoui In Morocco [13, 14]. A remarkable increase from 2015 (with only 28 cervical smear) to 2017 (with 150 cervical smear) was noted in our investigation. This increase is the result of a relatively large awareness of cervical cancer screening initiated in Algeria and in the Wilaya of Sidi-Bel-Abbès where the essential recommendations were to benefit all women from cervical smear screening every 5 years after two negative smears, from the age of 25. During the three years of the study, the vast majority of the smears studied were of satisfactory quality for interpretation.  The non-specific inflammation was the most common sing in our study population and the remaining smears were normal. However, we did not revealed presence of intra-epithelial lesions due to Trichomonas, mycosis, herpes, bacteria and Chlamydia. All the same, when studying epithelial cell abnormalities, the low-grade lesions were observed in 3.4% of the first and the second cervical smear in 2016 and in 0.8% and 1.6%, respectively, in the 1st and the 2nd cervical smears in 2017. Our findings are similar to those of Nahet at al. (2015) [2] and Mahé et al. (2007) [15]. Based on the smear test results, the physicians took several decisions; a surveillance check is recommended, if this is the first smear to be performed, a second smear at one year is required, but if it is a smear in a woman already followed, a check at 3 years is necessary. The 3-year interval is generally recommended between each two cervical smears. However, most countries outside the USA and Canada use 3 or 5 years intervals [16]. The frequencies of colposcopy and biopsy. According to Karimi-Zarchi et al. (2015), these two techniques provide  higher  levels  of  accuracy,  sensitivity,  specificity,  and  negative  predictive  value than  cervical smear test in  identifying  pre-malignant  lesions [17]. Though, the cervico-vaginal smear remains an effective, rapid and less expensive diagnostic tool for the initial evaluation of the cervix and for the detection of precancerous and inflammatory cervical lesions.

Cervical cancer, although it is one of the easiest cancers to prevent, still occupies the second position of female cancers in Algeria, so there remains a major public health problem where its screening reaches a limited rate of target female population, at a late age, result confirmed by the present retrospective study.