A Case of Congenital Teratoma with Cleft Palate in A Neonate

Teratoma of the oral cavity in a newborn baby sometimes cause severe airway obstruction. When the tumor is large, the Apgar score should be very low and we face at the difficulty to secure an airway. If prenatal diagnosis is not performed, further delays may occur. In this article we describe a case of mature teratoma which ruputured automatically in 9th day with cleft palate.

We present the case of a 1372 g female neonate who was delivered by her 31-year-old mother via emergency caesarean section. The indication for the caesarian section was premature rupture of membranes at 33 weeks and 1 day gestation. The patient was the second of dichorinic diamniotic twins. She had severe respiratory depression with Apgar scores of 1point at 1minute and 3 at 5 minutes, which necessitated tracheal intubation. This proved challenging and it took approximately 30minutes because of a large mass in the oral cavity, which had not been detected prenatally (Figure 1). After tracheal intubation, she showed bilateral pneumothorax. and needle aspiration with a 18G needle was performed for the tension pneumothorax. She was admitted to NICU and the needle was removed, the following day because her respiratory condition improved. On day 3 after delivery, the pulse rate suddenly decreased, the patient became inactive and she developed abdominal distention, the laboratory investigations showed decreased WBC and platelets, and an elevated CRP, and we thus diagnosed sepsis. The patient was recommenced on antibiotics and dopamine but the tumor gradually enlarged (Figure 2). On day 8, the mass became necrotic and it spontaneously fell off (Figure 3). Pathological examination showed a mature teratoma (Figure 4). The patient was then transferred to another pediatric hospital for treatment of acute renal failure that developed. On day 14, she underwent surgery for a patent ductus arteriosus. Subsequently, at 113 days post-delivery(modified 49 weeks and 2 days), the patient was discharged with a gastric tube and Hotz’s plate in situ because a cleft palate was discovered where the tumor had been located (Figure 5). When the patient was 11months and 20 days old, the cleft palate was repaired using Furlow technique (Figure 6). In addition, she had a sebaceous gland nevus on the right of her head which was removed at the same time. After surgery the patient was able to orally ingest food and no longer required nasal tube feeding. 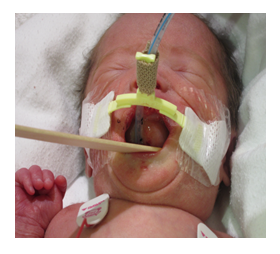 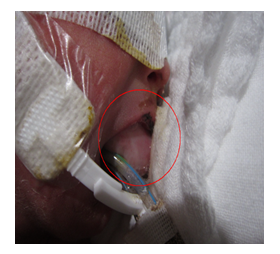 Figure 2: The tumor on day 3 after delivery.

Figure 3: (A) The appearance of the tumor on day 7 after delivery. (B) lateral view. 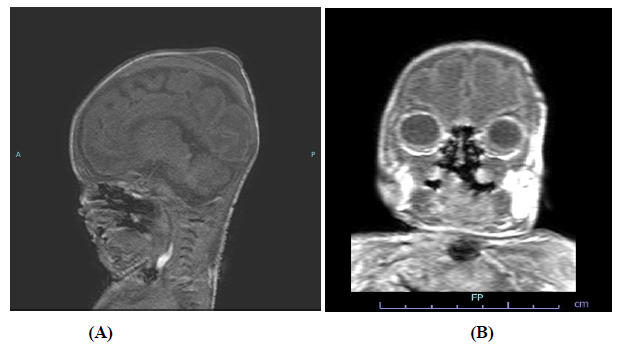 Figure 6: (A) cleft palate before operation. (B) view of after Furlow procedure.

The occurrence of teratoma in the oral cavity, and particularly on the hard palate is relatively rare. Only 23 cases have been reported in the English medical literature (Table 1) [1-21]. Other sites where teratomas are found include the posterior nasopharynx, upper lip and nose, soft palate, and tonsil. Pathologically, there are four types of teratomas: dermoid cyst, teratoid cyst, true teratoma, and an epignathus as described by Arnold in 1870 [22]. A dermoid cyst is lined by epithelial element composed of ectodermal and mesodermal cells. Teratoid cysts are composed of all three germ layers but are poorly differentiated, while true teratomas consist of three well-differentiated germlayers. Lastly an epignathus is an oral tumor with developmental fetal organs and limbs. Our case was diagnosed as a true teratoma, which consisted of a mature squamous cell layer, fatty tissue, and hair-like parts with a lot of melanin staining, and most of these layers were necrotic. A cleft palate is the malformation most associated with teratoma’s with an incidence of 6-20% [15, 23]. This indicates the possibility that the cause is of the cleft is mechanical obstruction caused by the tumor preventing closure of the palatal shelves. Other accompanying malformations are cardiac deformities such as atrial and ventricular septal defects. We found 21 reports that detailed 23 cases of neonatal teratomas arising from the hard palate that were combined with a cleft palate (Table1) [1-21]. Jadhav [24] reported that teratomas occur in females more than in males with a ratio of 3:1, but in cases where the tumor originated in the hard palate, the ratio was 14:9. There is one report that described this condition in twins.

Since 1970, pregnant women undergo regular prenatal ultrasound screening from about 12 weeks gestation. in addition, since 2000s, standardization of fetal measurements is recommended, and highly accurate early fetal screening became available. Only 8 out of the 23 cases detected a mass in the prenatal period. Levine [9] reported that a sonograph that was performed at 17 weeks did not show any masses, but after birth, a 4.6 cm × 8.4 cm × 11.3 cm sized mass was found. In addition, Smith [10] reported that screening performed at 9 weeks did not detect any abnormalities, but then at 29 weeks he found a 4cm mass, and in another case he found a The other case he found 2 cm mass at 18 weeks gestation. The size of the detected tumor was not significantly different at the average of 8.75 cm an average of 8.4 cm. Smith [10] explained he could detect the 2 cm mass at only 18th weeks gestation, so it depends on the each sonography technique whether the mass will be detected or not. However, as a result of significant developments in ultrasonography, most technicians can detect masses that are larger than 9 cm size. Chervenak [6] explained that they recognized the size of tumor was 9.2 cm × 7.9 cm at 32 weeks gestation, and it had become 12 cm × 10 cm at 36 weeks. Because we do not know the growth rate of the mass, we should observe the growth carefully, in order to prepare for the respiratory problems, because most difficult complications are related to air-way obstruction in neonates. Ultrasounds at 15-17 weeks usually detect the abnormality if the fetus had a big mass in the oral cavity. In our case, she was a twin, which made it more challenging to discover the mass. The severity of respiratory distress correlates with the size of the teratoma. Kontopoulos [24] reported on the successful intrauterine treatment of an oral teratoma using YAG laser, and after surgery, the baby was born without any complications. To prevent respiratory problems after birth, intrauterine surgery is considered as an important treatment modality.

In our case the mass was not detected prenatally, so intrauterine operation was not considered. Although the mass grew daily after birth. it eventually spontaneously necrosed and fell off, as reported in other cases. Recurrence is the most common complication in cases like our case. April [25] reported that inadequate resection of the tumor causes recurrence, and this complication is detected by asymmetric elevation of serum AFP levels. Although the rate of recurrence is low, if it identified, complete excision is recommended. Furthermore, in the case of malignant teratomas, radiotherapy and chemotherapy are administrated after complete extirpation of the tumor [13], and regular examination of the hard palate and AFP level are recommended after this treatment.

We presented the case of a1372 g female neonate who was delivered with a congenital teratoma that originated from the hard palate, which was associated with a cleft palate. The tumor spontaneously fell off. Because the most anticipated complication important consumption was recurrence, careful inspection and follow-up of the patient was required.

We would like to thank Editage (www. editage. com) for English language editing.